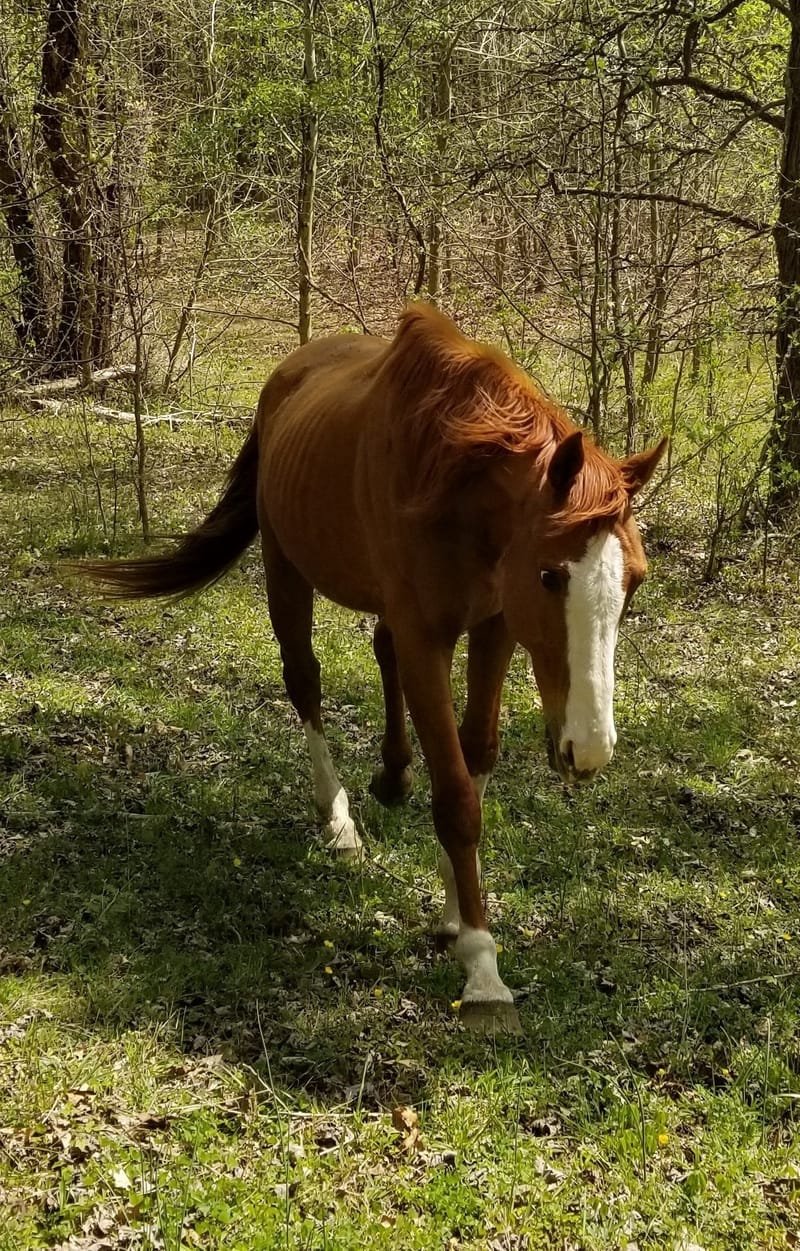 **UPDATE. Acclimate passed away on June 17, 2020. He was dearly loved and will be greatly missed.

He ran his last race in November 2010 when his body could no longer hold up. Today he is a permanent resident having arrived in 2011 shortly after his retirement. His ankles, the size of grapefruits, were injected repeatedly causing the cartilage to breakdown. He is pasture sound, but some days, after kicking up his heels with his best Appaloosa buddy, the pain is apparent. We make him as comfortable as possible and allow him the freedom to come and go, after all, "an object in motion tends to stay in motion."