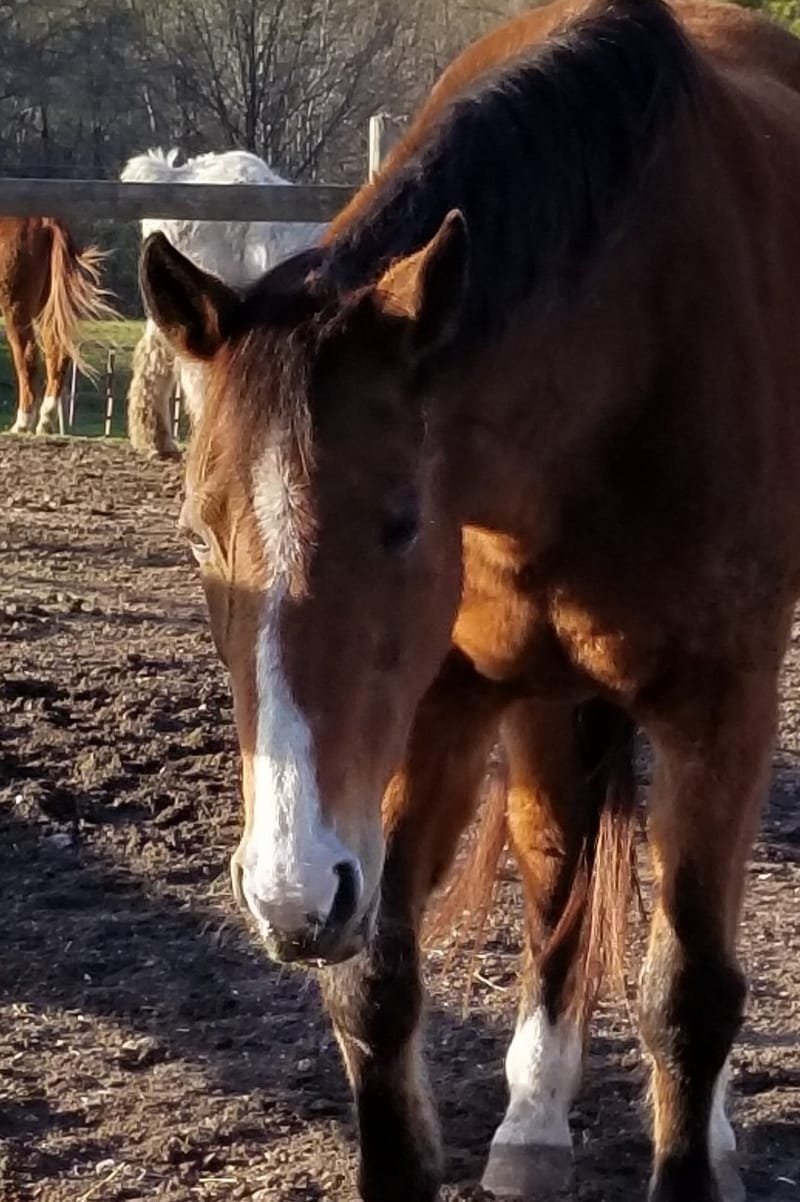 Bettis, aged (mid-late 20s) bay standardbred gelding, arrived in 2006. Bettis was an Amish cart horse that had fallen on the asphalt and hurt his left knee rendering him no longer useful to his family so he was sent to auction. He was tagged, and loaded on a truck bound for Mexico, but fell in the truck. The fall left him bruised and battered. Pen owners decided he wasn’t worth the trouble and were “going to take him out back.” He was discovered standing in a corner, and we were called and asked if we would get him out and give him a safe landing.

Being sponsored by Kristin Clark Cushen and her wonderful children!