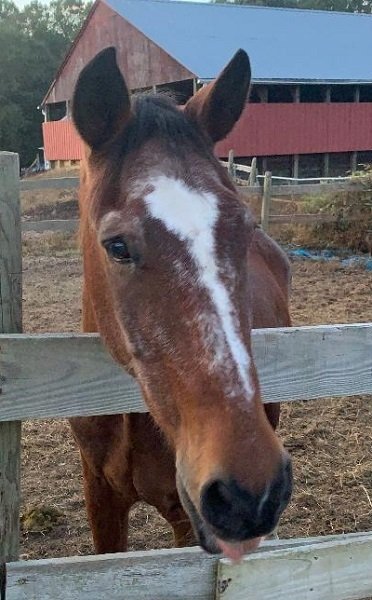 WINSTON, aged (mid-late 20s) bay Standardbred gelding, arrived in July 2018. Winston is another retired Amish horse that served his family until he suffered a fall on the asphalt. They were going to shoot him but ended up taking him to auction instead. His large right front knee along with his scars from his harness reflect all the years be put in. Winton was a pen give away… He was too skinny to ship and the pen owner just wanted him gone. We quickly committed so he would be safe and today his weight his back to normal and he’s happy and very spoiled.